Ferry & Rail
Maximum of 9 passengers allowed on the outward or return trip
Number of passengers must be more than or equal to the number of wheelchairs selected. 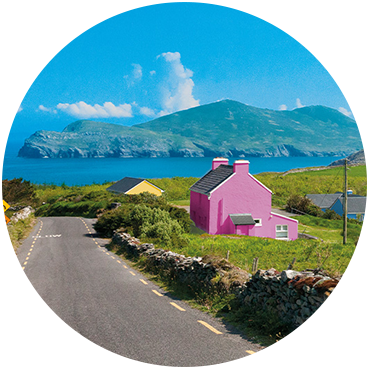 Enjoy the beauty of Ireland in 2023 when you bring your own car and explore at your leisure.

We've a great choice of ships and sailing times to get you there relaxed and ready to go.

With no luggage limits you can pack it all in, just remember to leave some space for your duty-free saving, *top tip allowances are even better on your return sailing.

Drive along the spectacular Wild Atlantic Way, explore the history and magic of Ireland's Ancient East or discover what the Hidden Heartlands have to offer.

If you need a place to stay our expert holidays team are here to help you out.

There’s something for everyone when you bring your car to Ireland in 2023! 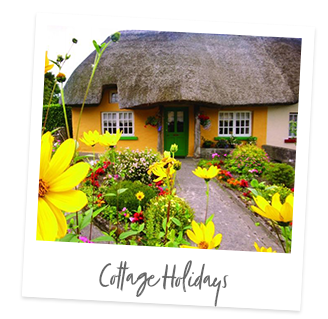 A cottage holiday gives you the freedom to explore all the outdoor activities and unique attractions Ireland has to offer. We have handpicked the best cottages, with great deals.

Don’t forget that all of our package holidays already include the car ferry crossing, offering you the very best value on the travel and accommodation combined. 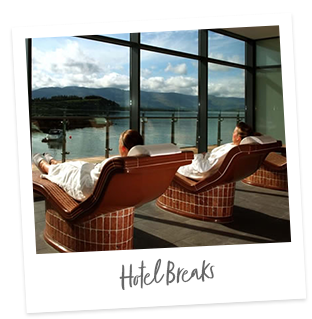 With a choice of both city and country locations we can tailor your stay so you get the most of your Ireland holiday.

Don’t forget that all of our package holidays already include the car ferry crossing, offering you the very best value on the travel and accommodation combined. 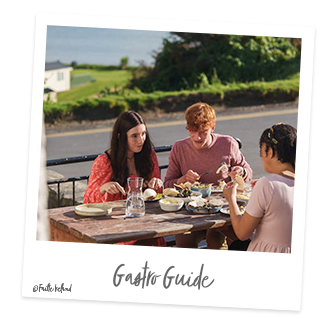 Need some inspiration? Follow our gastro guide of Ireland by award winning author Trish Deseine for inspiration and discover some hidden gems. 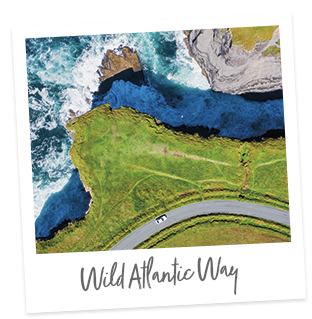 Want to explore the world's most captivating coastal driving route? Your drive along The Wild Atlantic Way will take you 2,500km along Ireland’s western seaboard. From Donegal in the north to Cork in the south.

Uncover over 5,000 years of history buried within the meadows, bustling towns and rugged stone monuments of Ireland's Ancient East.

The Hidden Heartlands of Ireland are roads less traveled, a tranquil escape to a different pace of life.

Rated among the Top Five Road Trips on Earth, the Causeway Coastal Route takes travellers along the stunning north coast of Northern Ireland and offers a wealth of natural and manmade wonders.

Visit Dublin were you can sample art, culture and nightlife in a bustling city that’s easy to get around, before immersing yourself in nature and heritage on its stunning outskirts. 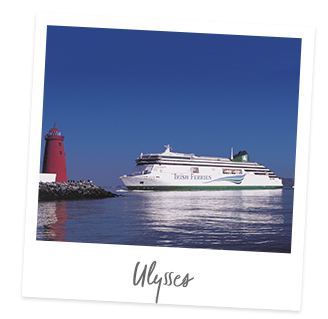 Bigger doesn’t always mean better but with the “Ulysses”, it does. With plenty to do onboard, including 2 cinema screens, bars, shops and lots of dining options, you’re sure to have a good trip. See what our Club Class lounge has to offer, where you can relax, dine and enjoy a panoramic sea view, or book a cabin for your trip. 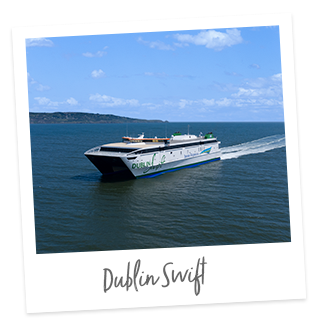 Cross the Irish Sea in just over 2 hours on the “Dublin Swift”, the only Fast Ferry on the route. There is plenty onboard to keep you and your family entertained. See what our Club Class lounge has to offer. 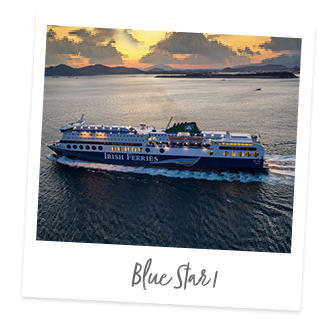 We're pleased to announce the addition of the passenger ferry Blue Star 1 to our Rosslare to Pembroke route. The Blue Star 1 has the capacity to carry up to 1,500 passengers, 100 freight vehicles and up to 700 cars.