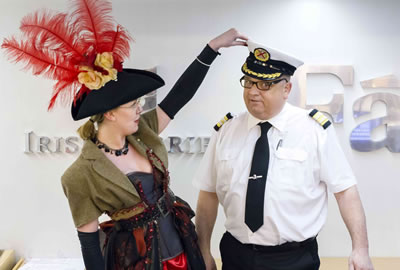 As Waterford gears up for the annual Spraoi Festival, which takes place in the city over the August Bank Holiday Weekend from August 4-6th next, Irish Ferries has announced it will once again be lending its support to the event.

Now in its twenty-fifth year, Ireland’s oldest city will host hundreds of performers, an array of street theatre entertainers and countless live music acts likely to create a three-day carnival atmosphere that is unique among Irish festivals.

As the official travel partner for the event, Irish Ferries will assist organisers in attracting participants from overseas by providing transport to all of the acts travelling to Waterford from Britain, France and further afield.

On the Irish Sea, Irish Ferries operates up to 16 daily crossings between Dublin and Holyhead and Rosslare and Pembroke. On its French routes, the Oscar Wilde cruise ferry operates sailings from Rosslare to Cherbourg and Roscoff with the vessel Epsilon operating a weekend return sailing from Dublin to Cherbourg.