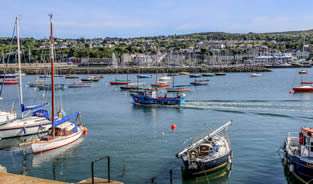 Centered around a beautiful harbour, Howth - historically a fishing village - is one of Dublin’s most scenic villages. Howth is a haven for foodies with fresh seafood and traditional fish and chips in most restaurants. For those looking to do something different during a city-break, the combination of Howth Head, the harbour and the peninsula makes the village a one-stop shop for outdoor adventure activities within half an hour of Dublin city centre. 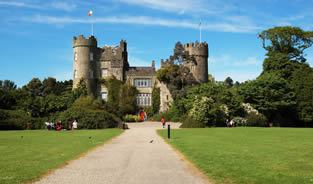 Malahide Castle, set on 250 acres of park land in the seaside town, was both a fortress and the private home of the Talbot Family for nearly 800 years (1185- 1973). While an interesting mix of architectural styles it retains a sense of the past. A major feature is the beautiful Talbot Botanic Gardens, largely created by Lord Milo Talbot between 1948 and 1973. The new visitor centre with Talbot Family Exhibition and interpretation area enhance the guided & audio tours of the castle & gardens. 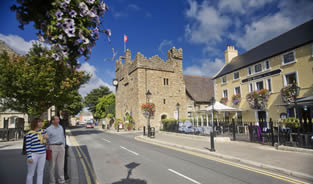 With gorgeous architecture built into the sheer landscape, stunning views and a cosy little village at its core, Dalkey is Dublin’s original seaside resort village. Dalkey offers a wide range of outdoor activities. At the weekend Dalkey also plays host to The Tramyard Artisan Market, a multicultural food market that has become a hotspot for foodies, while the annual Dalkey Book Festival turns the town into a cultural hub. 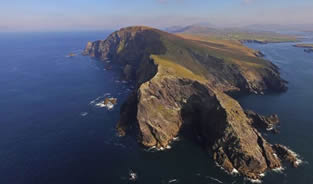 The coming of the railway between 1854 and 1856 placed both settlements within easy reach of Dublin city, and so led to the transformation of Bray and Greystones as fashionable resorts and desirable residential towns. 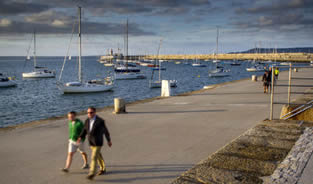 Visited by Queen Victoria in 1900, Dun Laoghaire – a sailing hotspot - is the perfect Victorian town. With broad, seaside pavilions, three-storey seafront houses, and a pier festooned with tenderly maintained Victorian street lights, it still has that edge of class.
Situated as part of a very interesting section of coastline that is rich in history and natural life - you can get close to dolphins, porpoises and seals - Dun Laoghaire harbour offers direct access to Dublin Bay since construction 200 years ago.

Back to all areas
GET EXCLUSIVE DEALS The best offers straight to your inbox. Subscribe right here. Right now.
Sign Me Up