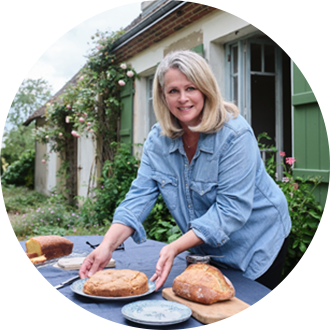 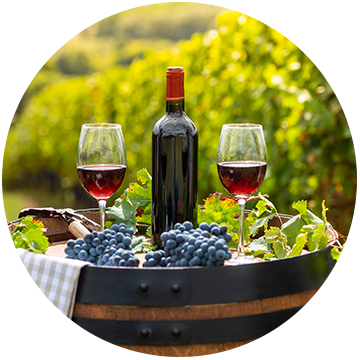 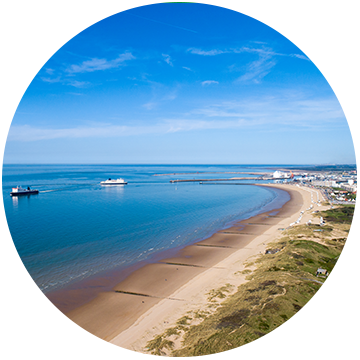 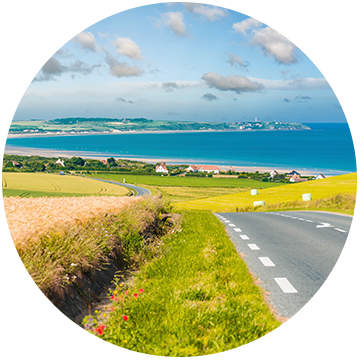 Belfast born Trish Deseine studied Modern Languages before moving to Paris where she spent over 30 years raising her family, working in fashion, marketing and PR.

In 2000 Trish wrote her first cookbook “Petits Plats entre Amis”. Now an award winning author Trish has 35 books in both English and French and has 5 World Gourmand Awards. 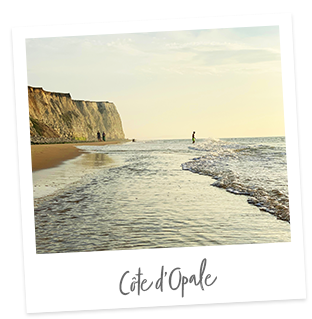 When it comes to unspoiled beaches, natural parks and fresh, clean air, La Côte d’Opale - running from the Belgian border to Berck and the Bay of Somme – easily outclasses the overheated, overcrowded and overpriced Cote d’Azur. The region inland from this stretch of coast can also be spectacular in places, but most of all, the oceanic climate and ever-changing landscapes - from sea cliffs to rolling hills, green pastures, dunes and salt marshes – offer up a fabulous terroir, the bedrock of the region’s rich gastronomy. Here are my suggestions for a freewheeling, chic and utterly delicious few days.

Heading south from Calais, you could take the coastal route and stop for a walk beneath the cliffs on romantic Wissant beach. If you fancy a picnic afterwards, pop into the busy fishing port of Boulogne sur Mer to choose some interesting natural or organic wine at oysters and wine bar/ shop Quai 42, expertly advised by owner and buyer Philippe Molitor. (He speaks English, and it is handily just across the quay from the Sunday fish market). You could also click and collect one of cheesemonger Philippe Olivier’s amazing cheese boards. Choose online from a large selection specially paired with champagne, beer or the wines they also stock, and pick up some saucisson and some sweet, tangy fruit confits to complete the experience. You can also browse, linger and taste in store and with poetic names like Sablé de Wissant, Fleur de Fruges and Écume de Wimereux, you’ll be spoilt for choice amongst the local cheeses.

Then make a beeline to the star of your food-loving trip, Montreuil-sur-Mer south of Boulogne-sur-Mer and prepare your appetite and palate for French foodlovers’ paradise. 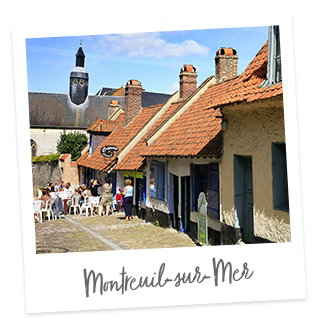 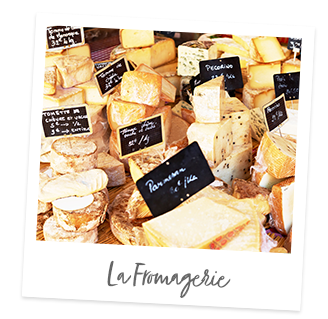 It’s been a few centuries since beautiful, fortified, medieval town of Montreuil has been “sur mer” as the estuary silted up long ago. But it still sits snug behind its ramparts. Some say that from above, encircled in its stone walls, Montreuil looks like a cooking pot, and its cobbled streets were the inspiration for Victor Hugo’s “Les Misérables”.

But there is certainly nothing miserable about this town or its 2,800 inhabitants. Montreuil is a gastronomic gem, buzzing with great wine and food shops (Au Gré des Blés for bread, Fromagerie Caseus for cheese, Vinophilie and la Cave de Montreuil for wine, lively café terrasses and a terrific Saturday morning market. It’s also home to Alexandre Gauthier, one of France’s most innovative young chefs, and his string of restaurants. After taking over his father’s Michelin starred La Grenouilière, four kilometres from Montreuil’s centre, Gauthier went on to gain two Michelin stars there and open three further addresses. Froggy’s Tavern, a fun, modern rustic grill-house, L’Anecdote, an elegant high ceilinged, brasserie, beautifully designed by architect Patrick Bouchain and Pieux, his beautiful townhouse, offering super-chic B&B.

There’s nothing like having your own space and freedom to taste and cook all your foodie finds, and Geneviève Nicholl’s charming gites Labedelo and La Tour are perfect to unpack fresh strawberries and raspberries you can pick yourself (from April to October) at nearby Ferme de Montéchor. But if you prefer to have your bed and breakfast made for you, Tim Matthew’s increasingly famous and most gorgeous B&B, Maison 76, will oblige. 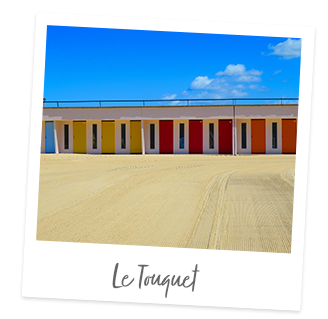 Just twenty-five minutes west of Montreuil, the rather grand seaside holiday town of le Touquet “Paris Plage”, (second) home to Emmanuel and Brigitte Macron, is definitely worth a trip. Brigitte Macron née Trogneux’s nephew now owns the Chocolaterie Trogneux in Le Touquet, a branch of the family business established in Amiens in the late 1800s. Fish and seafood restaurants abound with La Brasserie Les Sports said to be the Macrons’ favourite. Take a people-watching stroll along the seafront boardwalk before dinner, and for a little luxury afterwards, have a cocktail on the terrasse of 5 star Westminster Hotel, known affectionately as “Le West”. 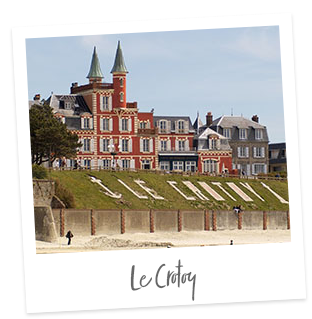 50 minutes along the coast lies the stunning Baie de La Somme Nature Reserve and beach at Le Crotoy, where you can walk or cycle for miles amongst dunes and marshes, spotting birds and working up an appetite. Sate that appetite in Les Tourelles, where the brasserie terrace also offers a panoramic view of the bay.

If you fancied visiting yet another pretty medieval village just across the Baie, head for Saint-Valery-sur-Somme, where the lovely Château du Romeral has guest rooms and cottages right in the centre. Book a walking food tour through the tourist office and learn all about the regional specialities as from the heights of its ramparts you look out over the land and sea that help produce them. 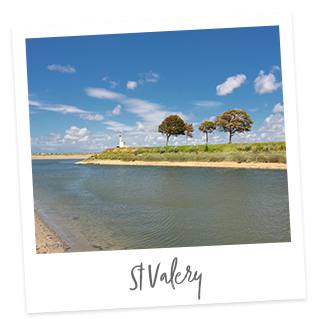 Don’t go home without tasting salt marsh lamb, “Ratte” potatoes, fish soup, samphire and the deliciously eggy, buttery, brioche-like “Gâteau Battu”. Round off your gastronomic tour with a last meal in Bistro Pilotes on the docks in Saint-Valery, where the Chef proudly declares that the menu depends on the daily catch! 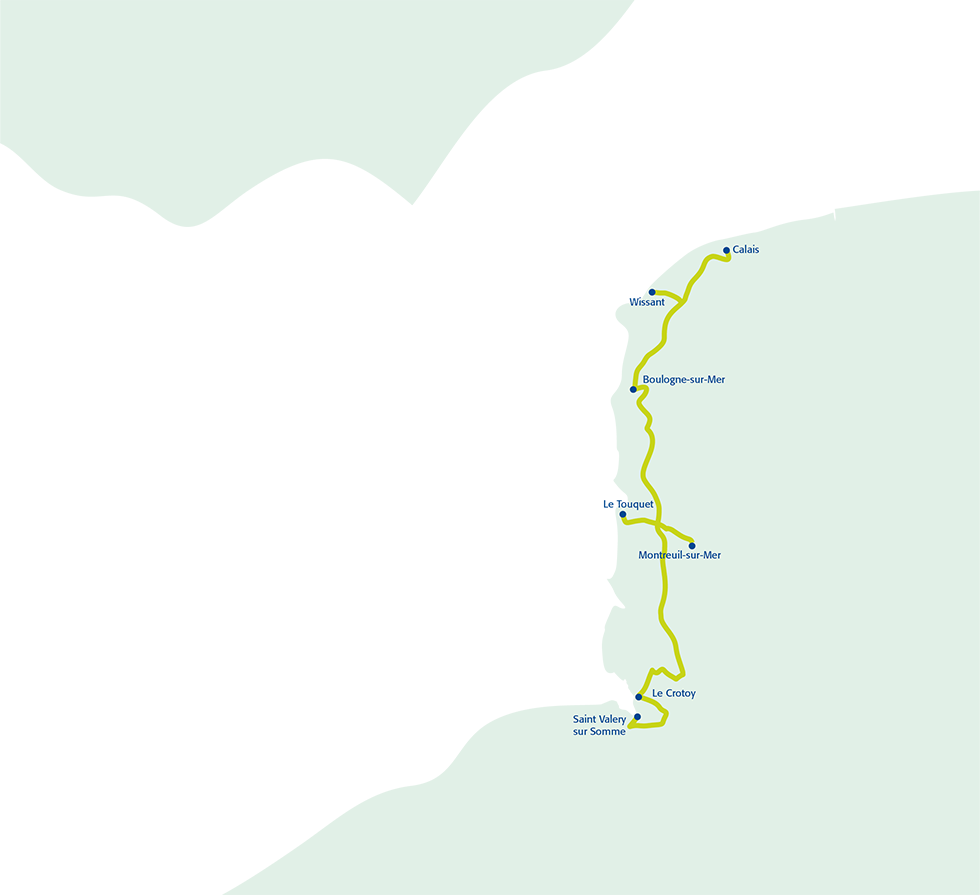 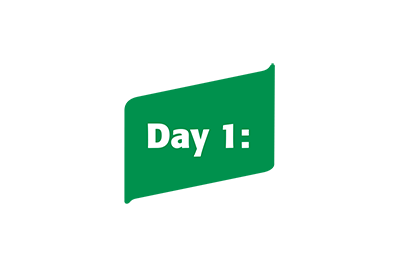 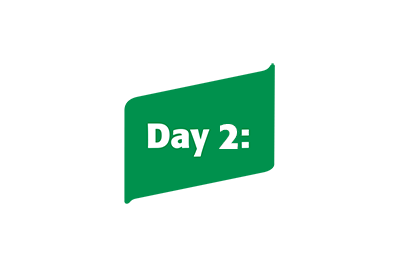 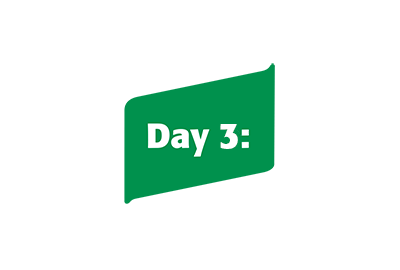 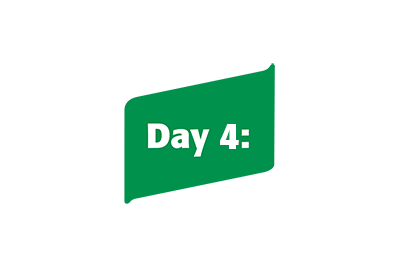 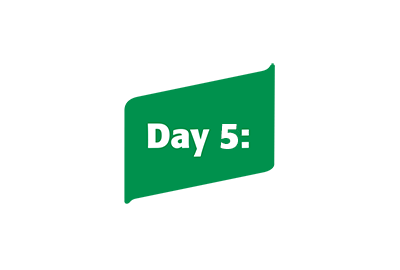